EANO was established by formal constitution in Brussels in 1994 by a group of European neuro-oncologists who saw the need to have an official group to promote the role of, and to professionalise, neuro-oncology in Europe.

The idea to form EANO was first proposed in 1990 by G. Hildebrand, L. Salford, P. Krauseneck, J. Darling, B. Müller and A. Twijnstra. In 1992 Peter Krauseneck invited neurooncologists from all over Europe to Pommersfelden (Germany) to prepare the foundations of EANO through the nomination of an Ad Hoc Steering Board. In 1993 G. Hildebrand (Chairman of the Ad Hoc Steering Board) officialised EANO at Brussels with a preliminary bylaw. The first EANO Meeting (organised by A. Twijnstra) was held in Maastricht in 1994, during which 180 of the participants established the Association by formal election. In 2019 the EANO association registered in Brussels was dissolved and re-registerred in Austria.

Today EANO has over 700 members from more than 70 countries, both in Europe and further afield. Through its membership EANO cooperates with national groups and stimulates international cooperation in neuro-oncologic research and clinical training.

The next annual EANO Meeting will be 2020 in Galsgow, UK.

EANO is also involved in the organisation of the World Conference of Neuro-Oncology Societies, which have been held in Washington DC in 2002, Edinburgh in 2005, Yokohama in 2009, San Francisco 2013 and Zurich in 2017.

The next WFNOS Conference will be 2021 in Seoul. 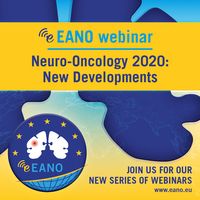 Missed a webinar?
⇒ videos available in the membership area!

Don't miss any EANO news, sign up for our newsletter! 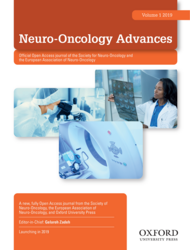